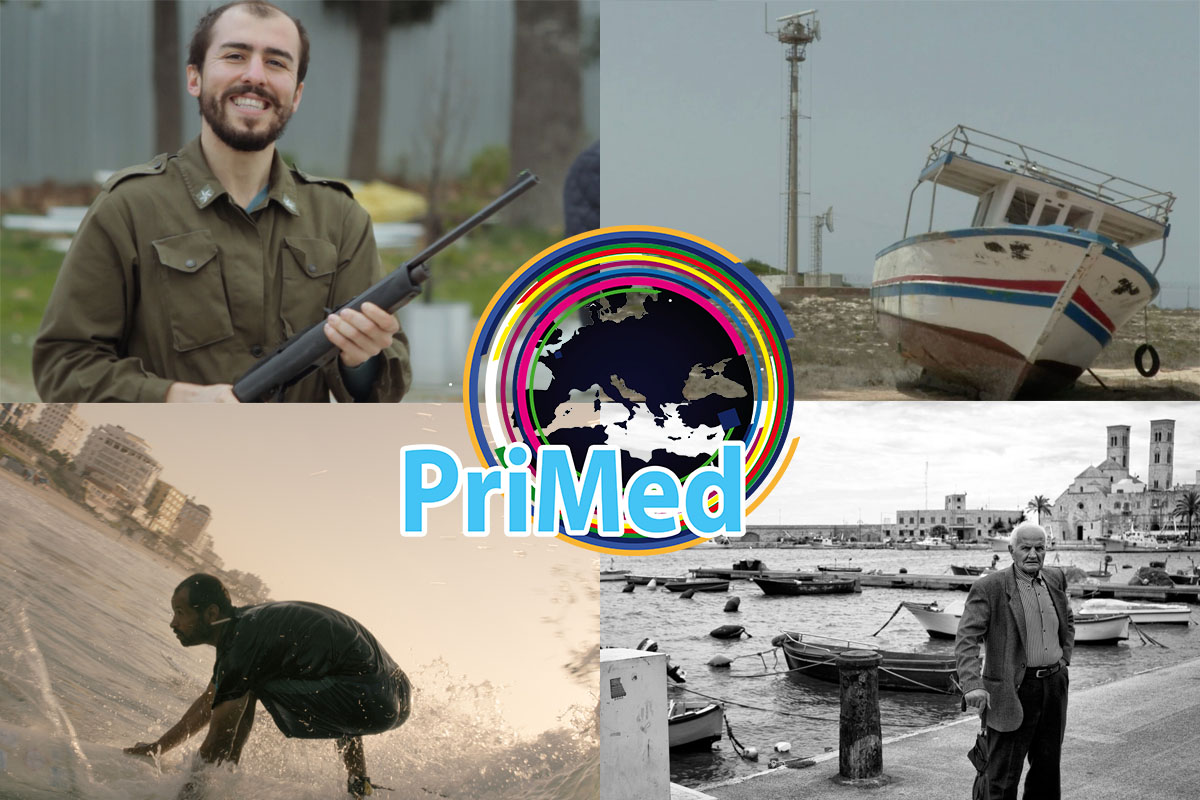 The films chosen in the First Film category for the 21st PriMed are: 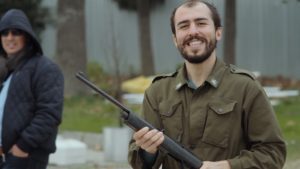 Onur, a 32-year-old doctoral student, faces a dilemma: either he pays his exemption from military service, or he has to complete six months in the Turkish army.
To help him make his decision, he turns his camera towards his family and friends, who all give him conflicting advice on the ethical and political aspects of the choice he is about to make.
“Attention!” tackles a controversial subject with humour, while giving us an insight into what the Turks think about their own armed forces, one of the largest in the world.

Onur BAKIR is a doctoral student in the philosophy department of Boğaziçi University.
This first documentary, co-directed with Panagiotis Charamis, won the Best Documentary award at the 35th Istanbul International Film Festival in 2016.
Panagiotis Charamis studied film at Kent University (UK) and then at Kingston University. Since then he has worked as director of photography and as director on short films, documentaries and commercials. 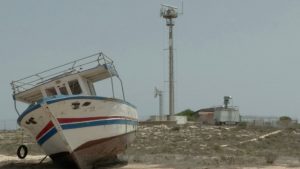 Lampedusa: a rock in the Mediterranean. Surface area:20 km². One of Europe’s borders.
An Italian island now infamous as the destination for thousands of migrants fleeing wars and misery, men and women risking their lives to cross the Mediterranean.
For some the crucial border into Europe, but for others heaven-on-sea: turquoise waters, paradisical landscapes, easy-going culture all make it a popular tourist destination.
Between these apparently watertight worlds, which barely touch each other, ordinary life on the island goes on.
In this film, the inhabitants and its visitors breathe confidences or show off, reveal themselves or mask their feelings. Indirectly or frankly, they show the viewer insights about Lampedusa from within, its many contrasts and ambiguities. Shipwrecks and holding camps on one side, the dolce vita and traditional fishing on the other.
Journey to the heart of a militarized and beautiful island, actor and spectator in one of our century’s tragedies.

Laura AURIOLE was born in 1981. She graduated in anthropology (African Studies) and German Letters from the Johannes Gutenberg University in Mainz, Germany. She first worked in journalism in Europe and Africa, before specializing in making documentary films, principally at Bordeaux University. Today, her approach as a writer and director of documentaries lies somewhere between social sciences, art and culture. In 2012 she made her graduation film “Mémoires”, about Bordeaux’ past as a slave city. “Benvenuti” is her first feature-length documentary.
Annalisa LENDARO is a researcher in political sociology at the CNRS. In particular, she works on migration and borders. In the light of the current political and migratory situation, she has turned towards educating people so as to de-compartmentalize scientific research in order to allow debate within and beyond the University precincts. Her CV consists mainly of publications and papers given at conferences and workshops. “Benvenuti” is her first documentary film.

Trapped inside the “largest open prison in the world” and subject to the laws of war, the new generation of Palestinians is irresistibly attracted to the edge of their world, the beaches. Revolted by the occupation and the political stalemate, the surfers of Gaza recover their personal freedoms in the waves of the Mediterranean.

Philip GNADT studied at Stuttgart’s Hochschule der Medien or Media University. His graduation film, “Zwölf Seiten”, won the Audience Award at Karlsruhe’s Independent Days International Filmfest (IDIF) in 2010. He works as a director. With Mickey Yamine he has been involved in the “Gaza Surf Club” project since 2012.
Mickey YAMINE grew up in Cairo before going to live in Germany at the age of 18. He studied film production at Babelsberg University where he graduated with his final-year film “Tropic of Bear”. With Little Bridge Pictures, his production company based in Berlin, he has recently produced “Gaza Surf Club” (2016) and “The Last Compartment” (2016). 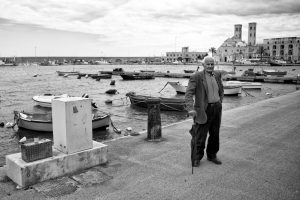 Molfetta, a town in southern Italy, overlooking the Adriatic Sea.
Here the sea is not just a background for the tourist postcards – over the centuries the sea has shaped the town’s social ecosystem and economy through fishing and maritime commerce.
“Mare Nostro” weaves together the voices of fishermen, fragments of memory, into an oral history of a place: the port of Molfetta.

Andrea GADALETA CALDAROLA was born in 1979. He is a documentary director and editor. He also works as a film instructor.
His credits include three documentaries: “Mare nostro” (2016), “Destination de Dieu” (2014) and “Nomos” (2012).

Permanent link to this article: https://mediterranee-audiovisuelle.com/primed-2017-first-film/?lang=en