The films chosen in the Mediterranean Memory category of the 21st PriMed are: 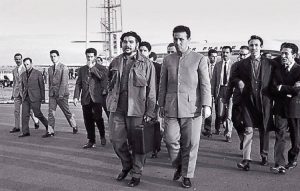 From the early 1960’s to the mid-1970’s, independent Algeria provided significant support to anti-colonial movements and revolutionaries around the world.
Successive presidents, Ahmed Ben Bella then Houari Boumedienne, made Algiers a place of welcome for those fighting against colonial or racial oppression.
Algiers the White became Algiers the Red. The internationalist Che Guevara established a base here for his guerilla activities in Africa. Eldridge Cleaver, the Afro-American leader, made it a centre for the world-wide spread of the Black Panther Party.
During this period, Algiers was known as the Revolutionaries’ Mecca.

Born in Algeria, French author and director Ben SALAMA arrived in France at the age of 20 and joined the film section of IDHEC in 1973. As a young film critic for Film Français, he rapidly moved into journalism, for many years working freelance before joining France 3.
His work as film-maker reflects his personal history, whether it be his immigrant parents arriving in France or the place of Islam as he knew it in Algeria in the 1960’s. He has drawn from that history a series of reflections and published works such as “Au Nom de l’Islam: Enquête sur une religion instrumentalisée”, published in 2009; and films like “Une Histoire algérienne”, produced for France 5 in 2012.
He has also made the following documentaries: “Nasser, du rêve au désastre” (53 minutes 2016); “1954, la fin d’un monde” (52 minutes 2013), in collaboration with Benjamin Stora; “Naissance d’une nation” (52 minutes, 2013), in collaboration with Thomas Marie. 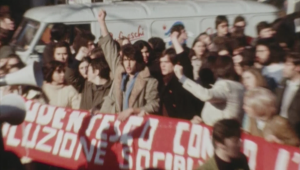 From the late 1960’s to the 1980’s, Italy was plagued with social unrest, massacres, assassinations and kidnappings. It was a time of extremism, both right-wing and left-wing, unhealthy acquaintances, gnawing suspicions of criminal complicity – possibly initiated by certain sectors of the state apparatus (police, secret services) and foreign powers.
From the explosion in Milan’s Piazza Fontana in December 1969 to the massacre at Bologna station in August 1980 and the assassination of former prime minister Aldo Moro in May 1978, violence struck Italy as nowhere else in Western Europe.
A low-intensity civil war and an open wound for Italy, which, 40 years later, is still struggling to unravel the spiders’ web of responsibility.

Nicolas GLIMOIS is an author, film director and script-writer, born in Quimper (Brittany) in 1968.
He has a degree from the Institut d’Etudes Politiques in Bordeaux, from the Ecole Supérieure de Commerce in Rheims and has a Masters in Media at the Ecole Supérieure de Commerce in Paris.
Winner of the Albert Londres award in 1999 for “Les Blanchisseuses de Magdalen”, he has made several documentaries and TV reports, including: “L’Affaire des Poisons” (2011), “L’argent sale, le poison de la finance” (2012), “Paris 2014: coulisses d’une élection” (2014), “Steve Jobs – Bill Gates: le hippie et le geek” (2014), “Les enfants du péché” (2015) and “Le Val-de-Grâce, l’hôpital de la République” (2015). 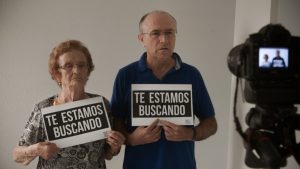 How can a person construct her life when she has been robbed of her identity and her past?
At the death of her adopted father, Alicia discovered she was sold at birth by her biological mother. She appealed to a police forensic expert, Jaume. Armed with samples of the young woman’s DNA, Jaume criss-crossed Spain in the footsteps of other children abducted from republican families during the Franco period – an estimated 30,000 of them, though this figure may well be too low. Traffic in children continued until the 1980’s, and bringing a real fortune to some.
A documentary about a sordid state issue, still taboo, and about fighting against the law of silence.

Inga BREMER was born in Germany in 1980.
After travelling abroad, she began her studies at a drama school in Cologne, later joining Baden-Württemberg’s Film Academy, where she became a film-director in 2004.
In 2010 her film “Goodbye Kutti”, was nominated for the German Human Rights award. After a year studying at the International Film School in Cuba, she made “Perfect Girls”, financed by MFG Baden-Württemberg.
Inga is one of four founding members of the production company Soilfilms, through which she produces and directs documentaries, commercials and drama films. 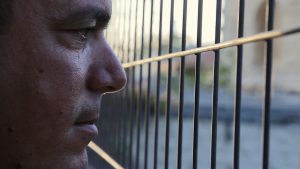 The film tells the story of an Arab village called Deir Yassin In 1948 it was conquered by the Israelis after a very controversial battle, then in 1951 transformed into a government-run psychiatric hospital.
Today, access to Deir Yassin is forbidden, even to the photos of it indexed in the archives of the Israel Defence Army.
It is a stain on Israel’s past, which no one likes to talk about.
The film presents the history of Deir Yassin from the Israeli point of view – the mass exodus of Arab residents as a result of the occupation, considered now to be the beginning of the Palestinian refugee problem.

Born en 1980 in Jerusalem, Neta SHOSHANI lives and works in Tel-Aviv.
Graduate in visual communication from the Bezalel Academy of Arts and Design (Jerusalem), she has worked as producer and editor in the news department of the Israeli radio network, Army Radio (Galatz).
As a director her film credits include: “House Call” (3 documentaries, 2016), “Handa Handa 4” (2013, 60 minutes) and “Between Her and Him” (2013, 60 minutes).

Permanent link to this article: https://mediterranee-audiovisuelle.com/primed-2017-mediterranean-memory/?lang=en