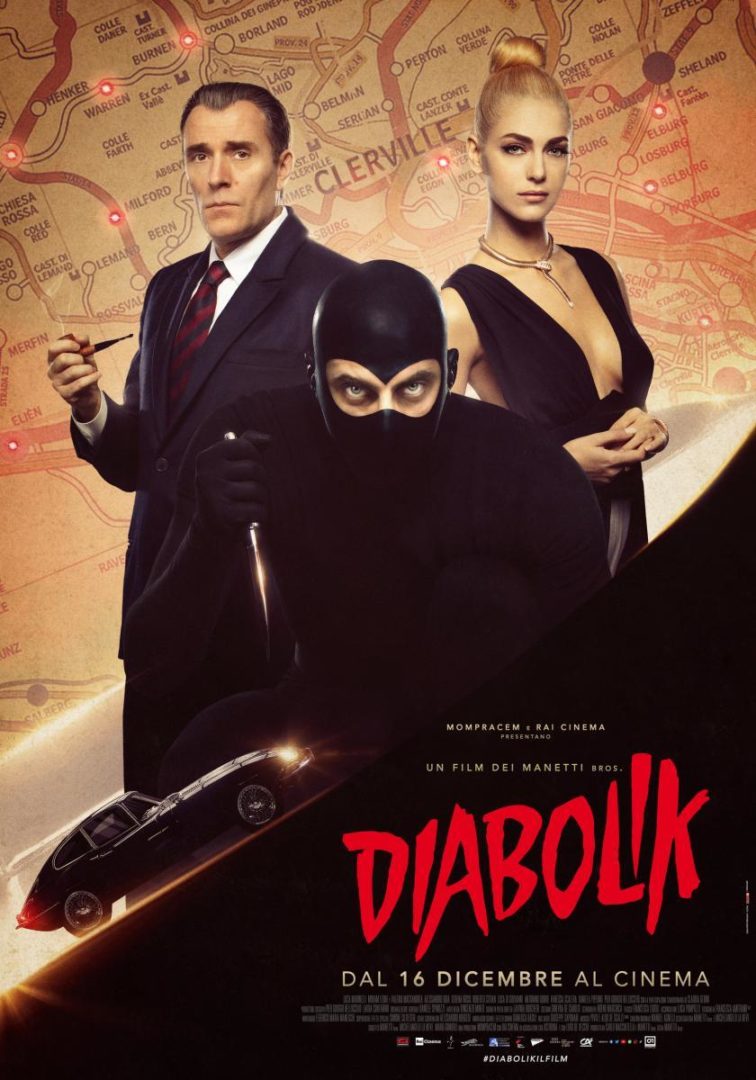 Metropolitan FilmExport has bought the French distribution rights of the Italian film Diabolik. Adapted from the famous comic series of the same name, the Menetti brothers’ film was released in Italy last December.

Directors Marco and Antonio Manetti chose L’arresto di Diabolik, the third adventure of the iconic character created in 1962 by the Giussani sisters. Taking the plot of that episode, the film is set in the 1960’s in a fictional town, Clerville. Diabolik, played by Luca Marinelli, is a masked thief who, equipped with many gadgets, manages to keep one step ahead of the local police. He meets Eva Kant, a wealthy heiress played by Miriam Leone, owner of a pink diamond which arouses the thief’s curiosity.

The Manetti brothers, Marco and Antonio, are independent writers, directors and producers. Since the mid-1990’s, they have worked on many music videos, television series and feature films. Their first feature film Zora la Vampira was released in 2000. Today they develop their projects through their own production company, The Manetti Bros Film.

Permanent link to this article: https://mediterranee-audiovisuelle.com/france-italy-metropolitan-filmexport-buys-the-french-rights-for-the-italian-film-diabolik/?lang=en